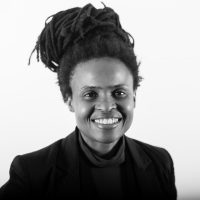 A graduate of Sciences Po’s Paris School of International Affairs in 2013, where she received an M.S. in International Development, Nakia Pearson is a joint PhD Candidate at the Hugo Observatory, and the Institut interdisciplinaire d’anthropologie du contemporain (IIAC) at the Ecole des Hautes Etudes de Sciences Sociales (EHESS), Paris. Focusing mainly on the appropriation of borders in the context of environmental migration in West Africa and South Asia, Nakia’s research analyses themes on land and identity, land degradation, and tenure issues. As a visiting scholar at the Permanent Interstates Committee for Drought Control in the Sahel (CILSS), Nakia conducted research on agricultural adaptation and social cohesion in the destination areas for migrants driven by drought and desertification in Northern Burkina Faso.

A research associate for the European FP7 consortium High-End cLimate Impacts and eXtremes (HELIX), Nakia is currently conducting research on social tipping points and the human impacts of extreme climate events in Bangladesh. She is now working on several collaborative texts related to the project. She has authored several papers and presented internationally on drought, tenure issues, and migration linked to land degradation. Prior to pursuing her Masters studies, Nakia rode her bicycle from Beijing to Paris on a yearlong bike trip to promote deliberate, simple, low-impact lifestyles and travel, and to experience a big cross section of the world by traveling through rural agricultural areas of Asia.