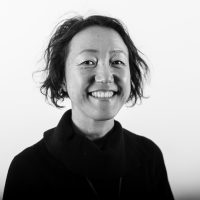 Reiko Hasegawa is a PhD candidate in Political and Social Sciences at University of Liege since 2015. She is also Research Fellow for Politics of the Earth programme at Médialab, Sciences Po Paris (France). Her research is focused on the displacement of populations from natural and human-made disasters. For her thesis, she explores the notion of nuclear disaster displacement, taking an example of the 2011’s Fukushima nuclear accident, from the perspectives of international normative frameworks for IDPs and environmental migration. This doctoral project led to expand her research interest into the field of Science and Technology Studies (STS), notably on the notion of expertise and policymaking under scientific controversies.

She holds a Master’s degree (M.A.) in International Affairs from Norman Paterson School of International Affairs, Carleton University (Canada), and worked with various aid agencies such the United Nations High Commissioner for Refugees (UNHCR), Japan International Cooperation Agency (JICA), and a humanitarian NGO in Iraq, UNSC resolution 1244-administered Kosovo, Sierra Leone, Slovenia, Indonesia and Japan. During these missions, she has managed numerous aid programmes for refugees and internally displaced persons (IDPs) following civil wars and natural disasters such as the Indian Ocean earthquake and tsunami in 2004.