François Gemenne speaks at the UN Global Compact for Migration

On 23 May 2017 Hugo Observatory director François Gemenne spoke at the second thematic session of the UN Global Compact for safe, orderly and regular migration. This new UN process, launched in the wake of the UN Summit on Refugees and Migrants in September 2016, aims to promote the global governance of international migration and is expected to be concluded in 2018 with the adoption of a Global Compact by the UN General Assembly. 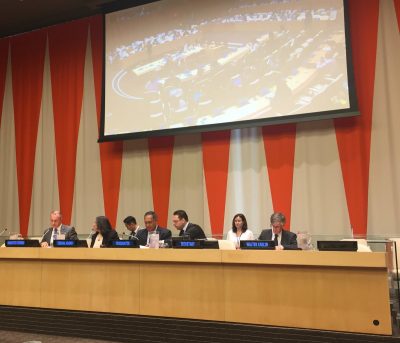 During panel 3 of this consultative session the adverse effects of climate change and natural disasters as drivers of migration were addressed.

Find here the full transcript of the talk