This conference co-organized by the Sorbonne University ETI Chair, has been an opportunity to think about the links between the UN's Sustainable Development Goals and the new challenges Humankind is facing. François Gemenne took part in the discussion together with Véronique Andrieux (WWF), Bettina Laville (Comité 21) and Carlos Moreno (ETI Chair). The debates were rich and about various subjects such as the involvment of young people in the fight for the preservation of environment, sustainable development and the role of cities and communities in the ecological transition.

The Hugo Observatory at COP 25 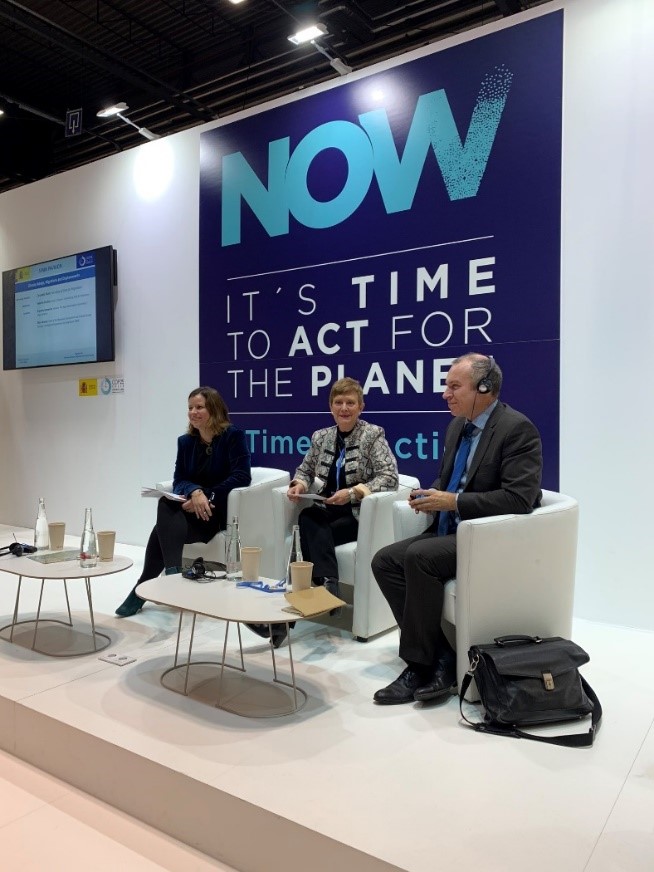 On December 10th, François Gemenne, Director at The Hugo Observatory, took part in a session on Climate Change, Migrations and Displacements organized by the Spanish Ministry of Labour, Migrations and Social Security during the COP25 in Madrid. 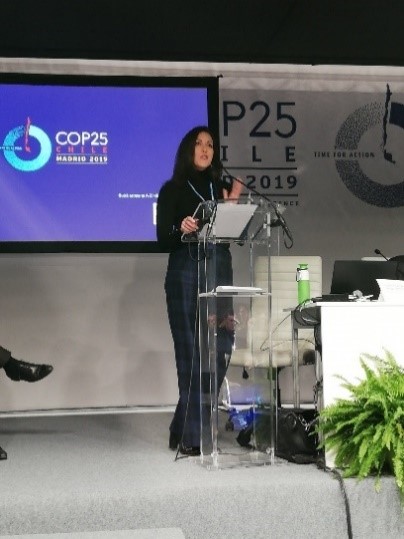 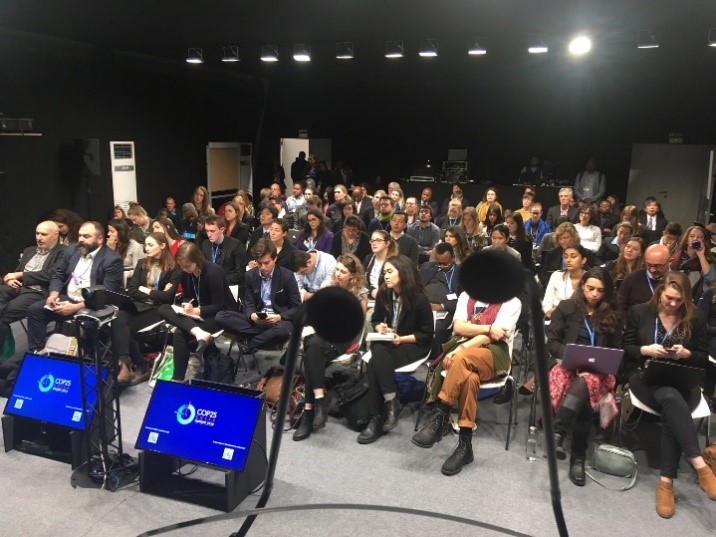 Side event at COP25

A side event at COP25 on displacement, human mobility, and climate change was organized by the Hugo Observatory. It was chaired by François Gemenne, with the participation of Caroline Zickgraf, Mariam Traore Chazalnoël (IOM), Emad Adly (RAED network), Lisa Thalheimer (ECI Oxford), Patrick Auffret (France, Chair Platform on Disaster Displacement), Betrand Piccard (Solar Impulse) and Robert Oakes (UNU). During this event, the panelists discussed progress since the 2015 Paris Agreement:

- To create synergies between the work of the UNFCC and other processes. 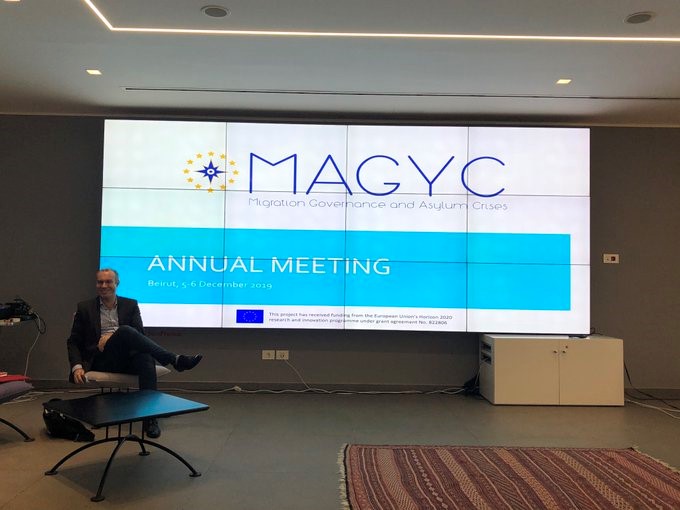 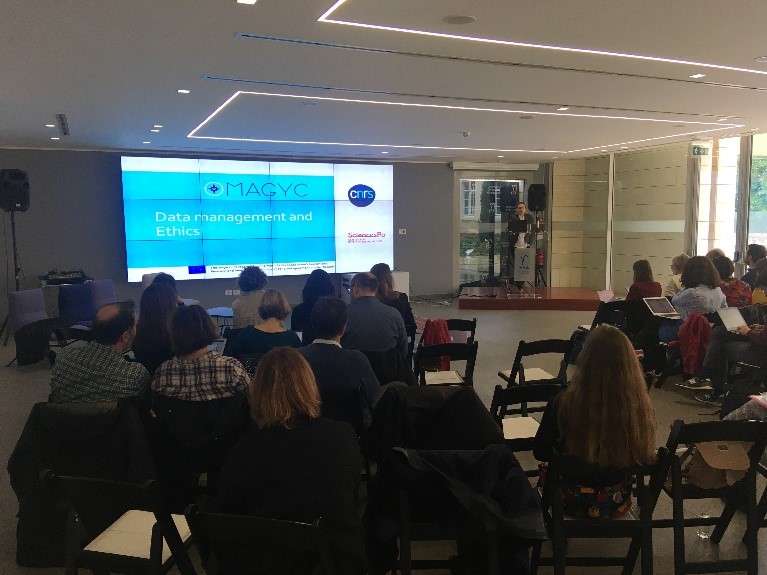 MAGYC project 1st annual meeting in Beirut at IFPO.  The first MAGYC annual meeting allowed the consortium as a whole to meet and discuss progress made since the launch of the project in November 2018. In addition to discussing practical issues linked to the implementation of the project and the dissemination of its results, researchers had the opportunity to discuss their research, to obtain feedback on their work and to plan for future synergies across partners and work packages.

Several events were also organized in parallel to the meeting:
– The seminar “Asylum and changing migration policies in Lebanon and Jordan” by ifpo (with Jalal Al Husseini, Norig Neveu, Valentina Napolitano and Léa Macias, moderated by Kamel Dorai)
– A public roundtable on “Refugees and Cities” (with Mona Harb, Mona Fawaz, Ahmed Gharbieh, Dounia Salamé (AUB), moderated by Olivier Clochard (Migrinter).
– A public conference on “Gender and Migration” (with Camille Schmoll and Assaf Dahdah) 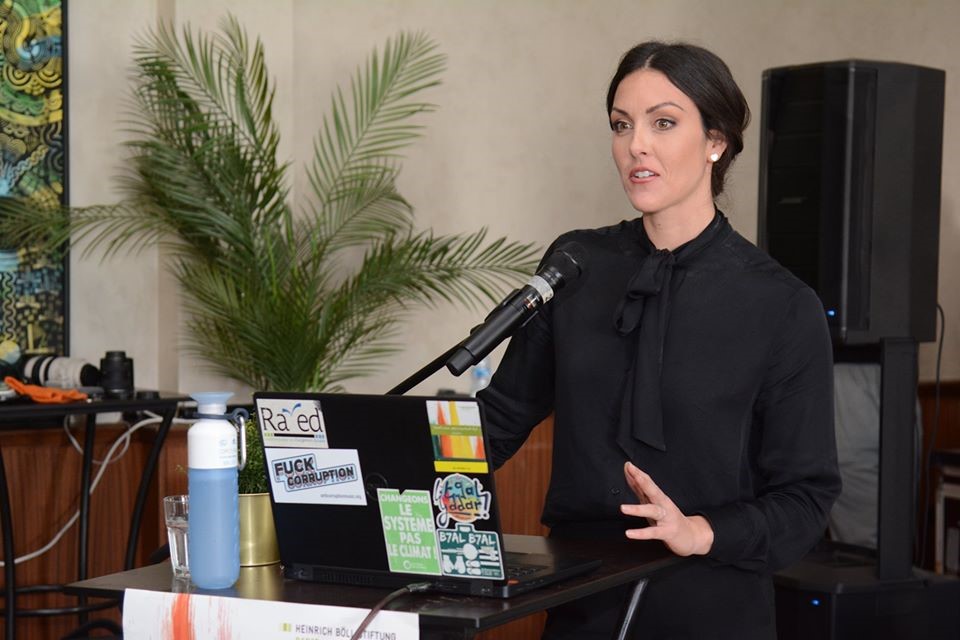 Caroline Zickgraf delivered a keynote address on Mobility and Climate Change at the Carrefour de la Migration Intra-Africaine organized by the Heinrich-Böll Foundation.

Panel on "Human rights and displacement: the adverse effects of climate change" 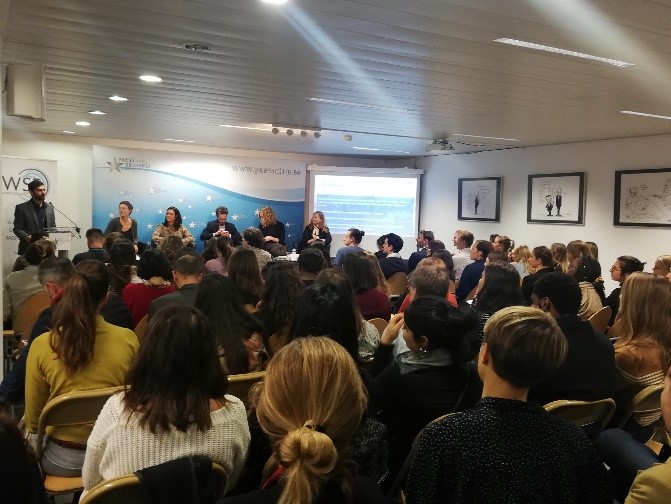 Caroline Zickgraf took part in a panel on “Human rights and displacement: the adverse effects of climate change” organized by the World Solidarity Forum, together with European MEP Saskia Bricmont, Roberto Cortinovis,  Fanni Bihari and Marianne Kettunen. The conference was about the dangers of climate change, its effects on human mobility, on national security and on the most vulnerable. 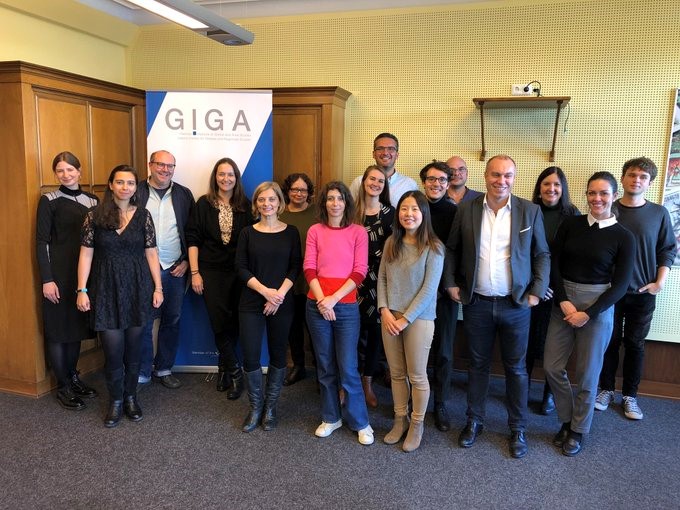 The MAGYC team in Hamburg

Members of the MAGYC Work Package 4 met in Hamburg with the aim to integrate the different work packages of the project which are working on a) perceptions of crises (WP 3, 4 and 8) and b) different configurations of migration governance (WP 2 and 4). This workshop was meant as a forum for internal discussion of current research within the work packages and as a chance to identify synergies and potential for cooperation. The event was hosted by the GIGA Institute.

Members of the MAGYC team attended the Migration Conference and took part in a MAGYC panel, chaired by Caroline Zickgraf (Hugo Observatory). Anastasia Blouchoutzi (UoM) kicked off the panel looking at local initiatives in Greece for the integration of migrants. Maurizio Ambrosini (UNIMI) then discussed urban governance of asylum, exclusion and inclusion in Italian towns. Elodie Hut (Hugo Observatory) then presented her PhD work taking a hotspot approach to the migration governance crisis in the EU. Camille Menu (Hugo Observatory) also presented her ongoing PhD work, looking at the crisis in EU governance and human rights, using a case study of environmental mobility. Lastly, Fiona B. Adamson (SOAS) presented her work with Gerasimos Tsourapas, taking a historical perspective on the “crisis” in Greece and Turkey. 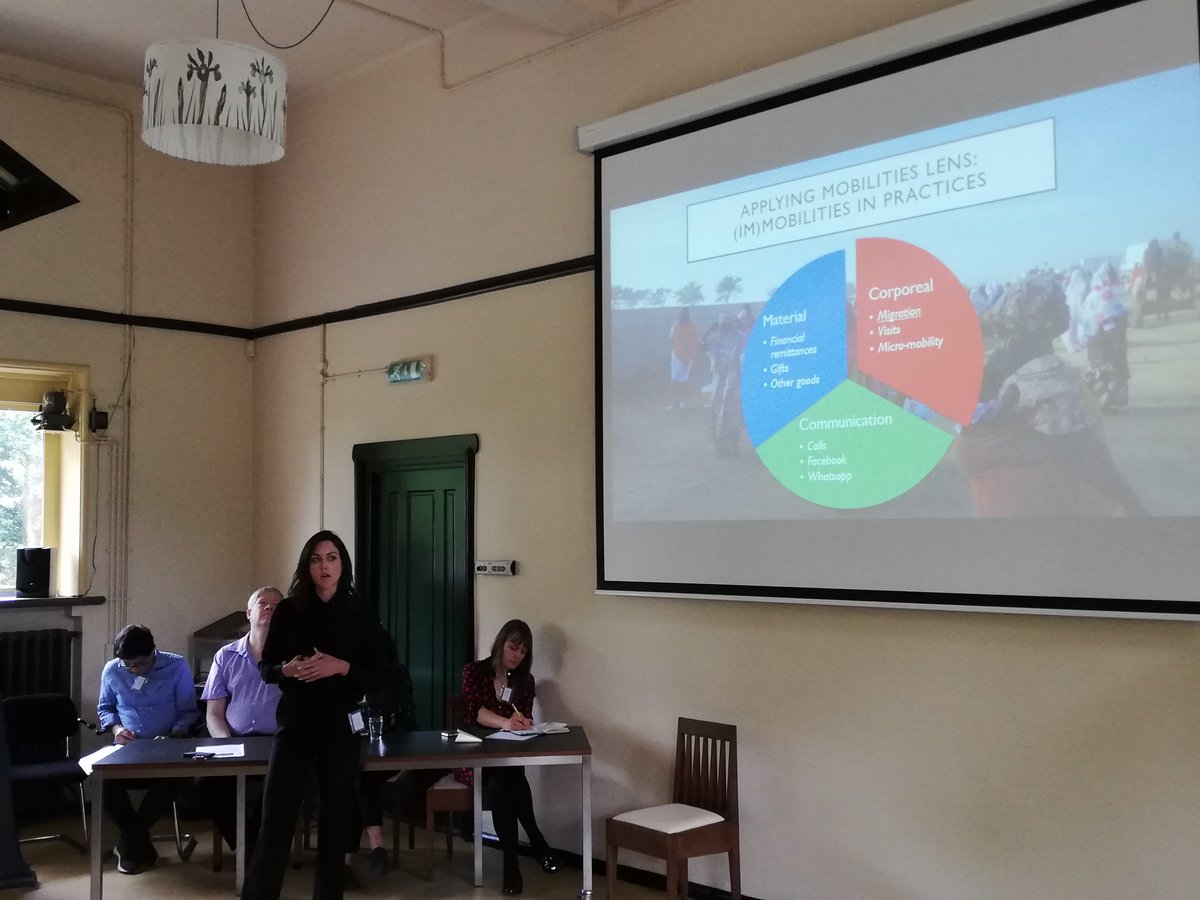 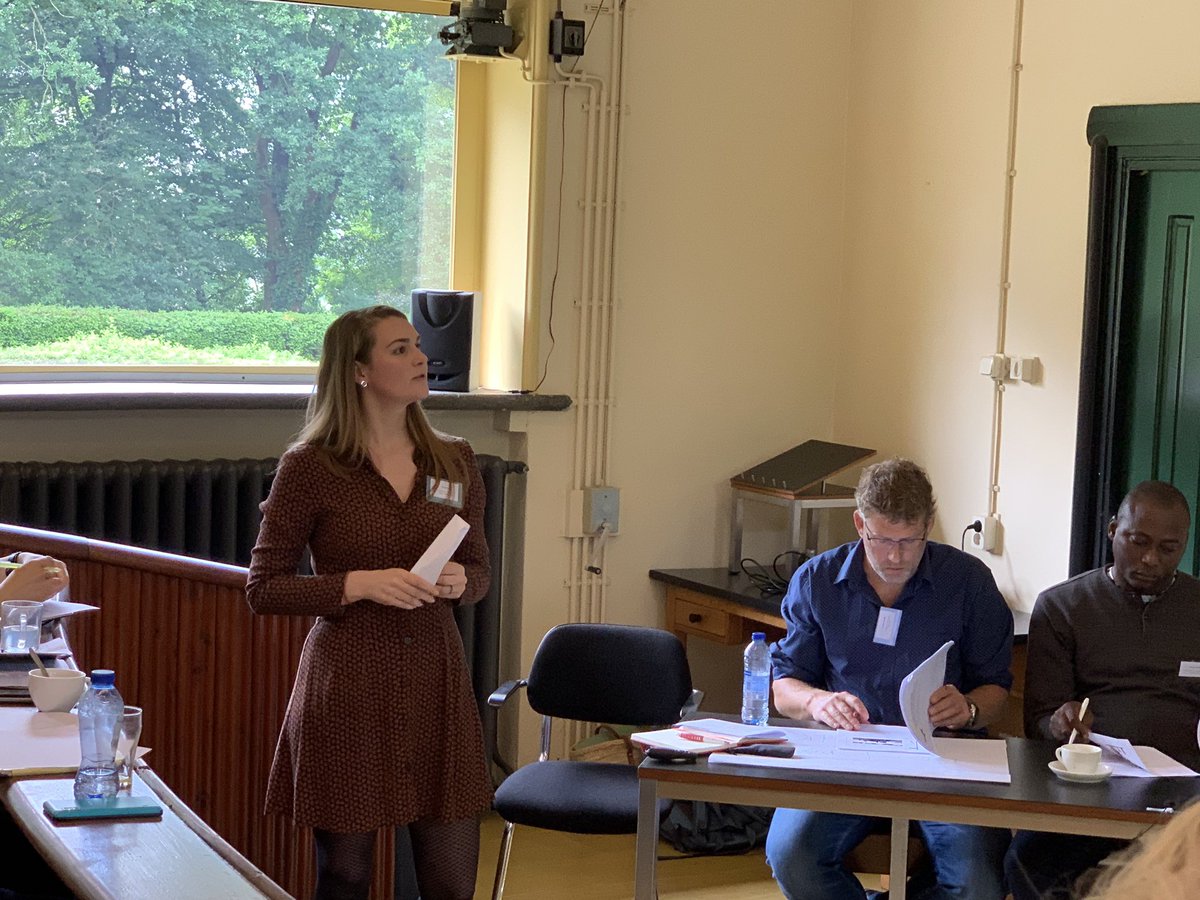 Caroline Zickgraf and Elodie Hut took part in a symposium organized by the University of Wageningen (The Netherlands) focused on applying the ‘mobilities lens’ to the human mobility-environmental changes nexus. They respectively presented ways to apply a mobilities lens to the study of environmental (im)mobility (through evidence from the IMMOBILE project), and ways in which environmental factors could constitute a shaping element of migrants’ fragmented journeys and overall mobilities (through examples from the MIGRADAPT project).

A video of the WUR Sumposium can be found here.

Panel on “Imaginaries, Representations and Emotions around Migration” 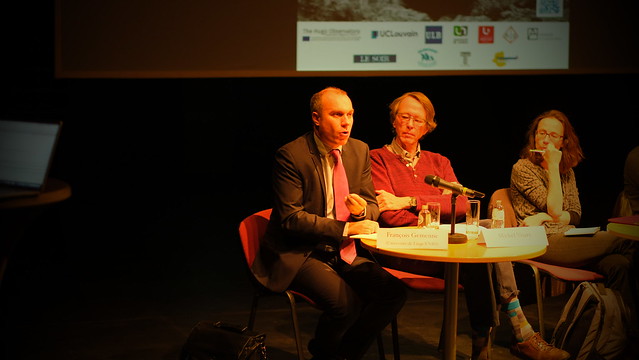 Hugo Observatory Director, François Gemenne, took part in a panel on “Imaginaries, representations and emotions around migration” during a conference organized by the collective “Carta Academica”.

"The imaginary created around migrants confines them to otherness, and originates in the fact that we speak of migration as a crisis, an anomaly." 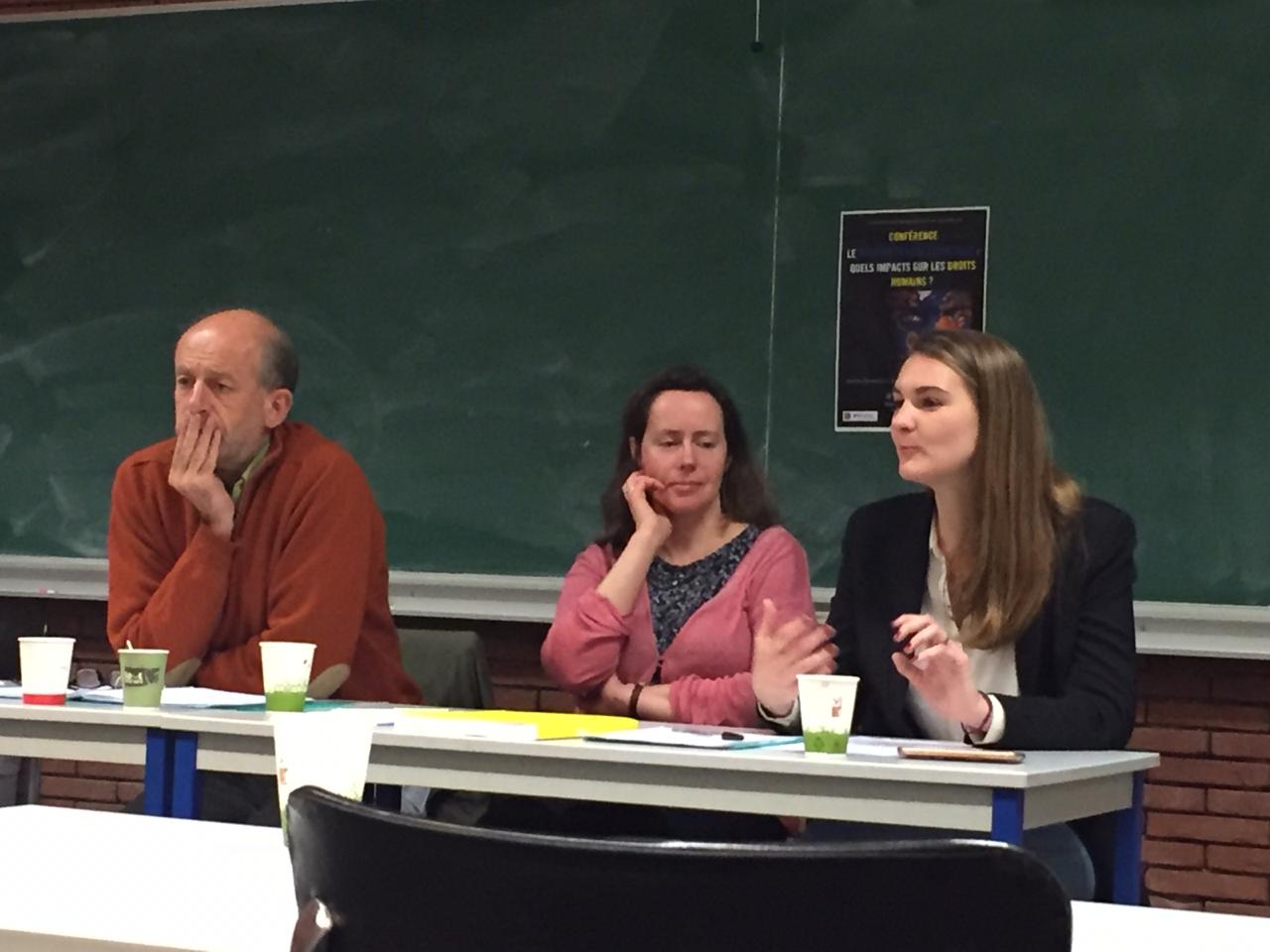 Elodie Hut took part in a conference organized by Amnesty International where she interrogated the ways in which climate change may pose a threat to human rights through the lens of environmental migration. Other panelists included Nicolas de Sadeleer, Professor of Environmental Law, and Delphine Misonne, Professor in Law, Governance and Sustainable Development. 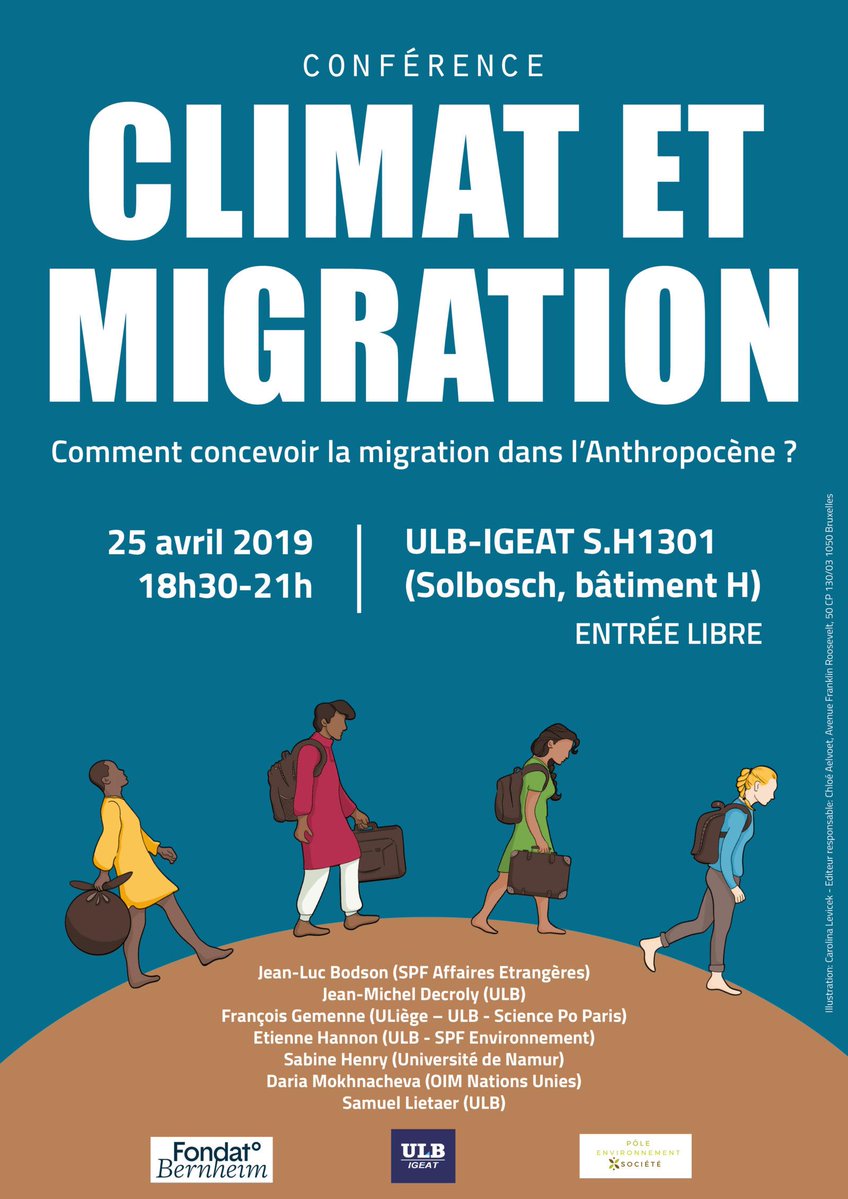 François Gemenne took part in a Conference on climate and migration organized by the Université Libre de Bruxelles (ULB). In his talk, he emphasized the difficulty of categorizing migrations in the era of the Anthropocene, highlighting how environmental migrants have been represented in the media as well as in the political and scientific spheres.

Debate on Democracies and Migration 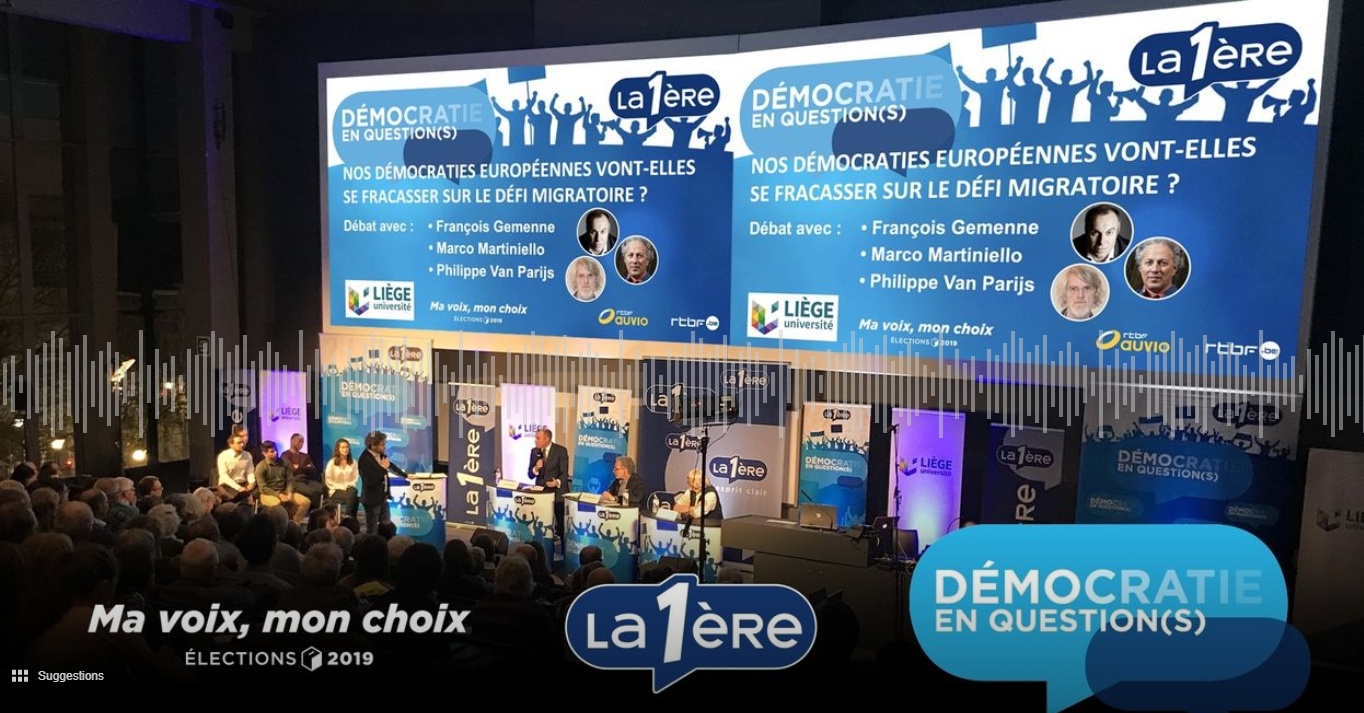 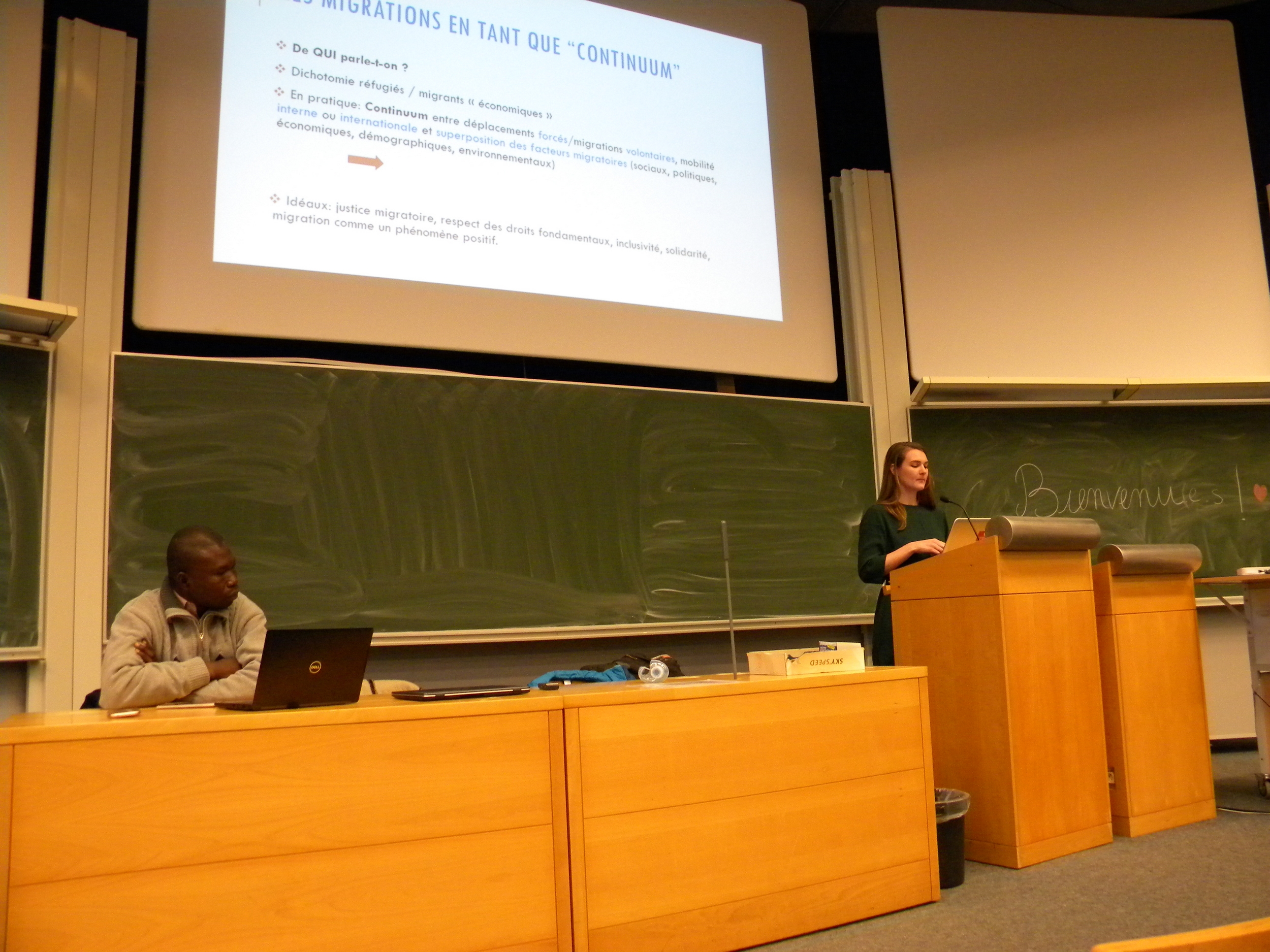 Elodie Hut, PhD candidate at the Hugo Observatory, took part in a conference entitled “Migrant.e.s, quel accueil?” organized at the University of Liège. After having provided an overview of reception conditions in Belgium and in the EU, she moderated a debate on potential ways to improve the reception of migrants, with a focus on the role of the university. 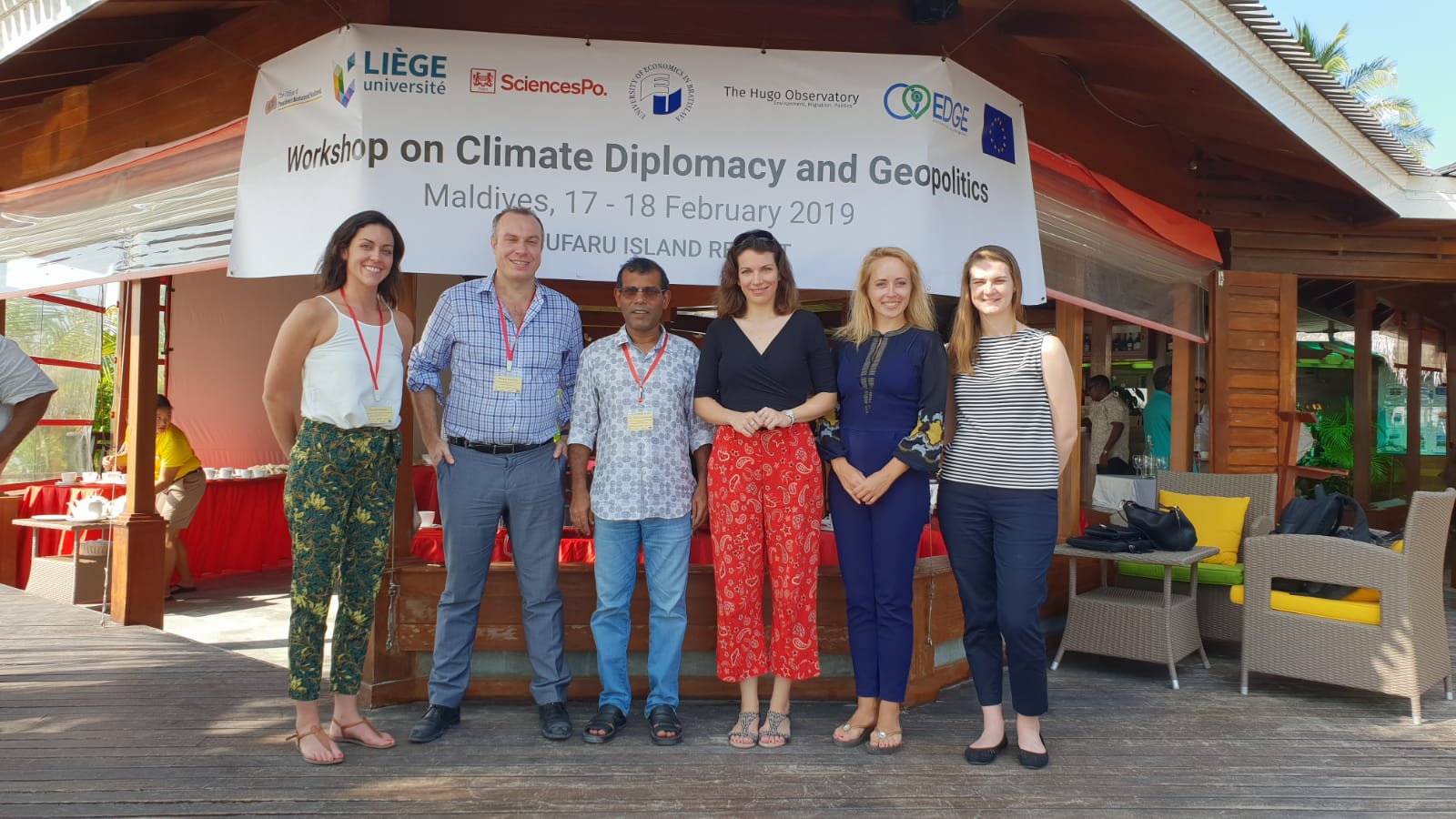 The Hugo Observatory team with the former President Nasheed

As part of the EDGE project, the Hugo Observatory team took part in a workshop on Climate Diplomacy and Geopolitics, organized in partnership with the office of President Mohamed Nasheed, which sought to address three inter-related topics: the role of small island states in climate negotiations, the future of the UNFCCC process, and the implementation of the Paris Agreement in South Asia. The workshop provided an opportunity to confront the experiences of the Maldives with those researched in the framework of the EDGE project. It resulted in the production of a guidance paper identifying possible solutions and measures to enable the Maldives to take global leadership in climate action.