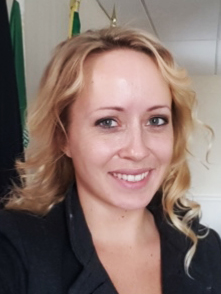 Paula Puškárová is a researcher at the Institute for Economics and Management at the University of Economics in Bratislava. She has been a Fulright Post-Doc Research Fellow in 2015/16 and Visiting Professor at the School of Diplomacy and International Relations at the Seton Hall University, New Jersey, Us in the Fall 2016/17. Earlier she has been a Research Fellow at the Institute for Social Policy and at the Institute for Economic Geography and Geoinformatics, Vienna University of Economics and Business, where she was involved in several projects – the most recent one was on the impacts (direct and spillover) of knowledge and human capital on productivities across the European Union.

Dr. Puskarova holds a PhD in Economics with a thesis on reinforcing effects of technology and welfare on economic growth. She is the laureate of the PENTA Award 2008/2009 for her study on  2008 crisis impacts on private equity. She coordinated or was part of several international projects such as Erasmus LLP IP No. 13203-1055/BRATISL03 and Erasmus Mundus No. 2012-3974/001-001-EMA3-PP – REALITY – Research Cooperation of European and Latin American Universities in Skill Mobility and Innovation. She has published in international scientific journals such as the Economic Systems, Political Economy, Measurement, Comparative Economic Research, International Journal of Management and Economics, Economic Research Guardian. Her current research interests cover growth accounting, knowledge and human capital management and migration, inequality spillovers, environmental spillovers as well as other spatial externalities arising from international movements of labor and capital.