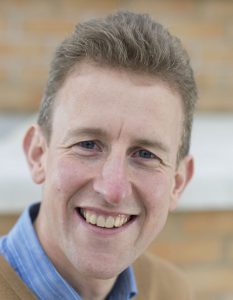 Tim Lenton is Professor of Climate Change and Earth System Science at the University of Exeter, where he researchers the coupled evolution of life and planet Earth, develops and uses Earth system models, and studies the prospects for early warning of climate tipping points. His work won the Times Higher Education Award for Research Project of the Year 2008. He has also received a Philip Leverhulme Prize 2004, a European Geosciences Union Outstanding Young Scientist Award 2006, the British Association Charles Lyell Award Lecture 2006, and the Geological Society of London William Smith Fund 2008. After gaining his PhD (1998) at the University of East Anglia, Tim worked at the Centre for Ecology and Hydrology in Edinburgh, and then the University of East Anglia, before moving to Exeter in 2011. He is a Fellow of the Linnean Society, the Geological Society and the Society of Biology, and holds a Royal Society Wolfson Research Merit Award.