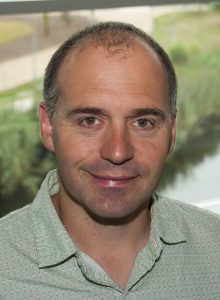 Richard is Chair in Climate Impacts at the University of Exeter and Head of Climate Impacts in the Met Office Hadley Centre.  His undergraduate studies were in Physics at the University of Bristol, followed by an MSc in Meteorology and Climatology at the University of Birmingham. For his PhD, he used climate models to assess the role of the world’s ecosystems in global climate and climate change.  He has worked in climate modelling since 1992, with a particular interest in the impacts of climate change on ecosystems and the interactions with other impacts of climate change such as on water resources.  He is also interested in the wide-ranging effects of land use and land cover change on climate.  He has pioneered a number of key developments in the extension of climate models to include biological processes.  He leads the EU Framework 7 Project HELIX (High-End cLimate Impacts and eXtremes), which assesses the impacts of climate change at 2, 4 and 6°C global warming above pre-industrial

Richard was a lead author on the Fourth Assessment Report of the Intergovernmental Panel on Climate Change (IPCC) in Working Group  1 (The Physical Science Basis), leading the assessment of the influences of land cover change on climate and contributing to the assessment of climate change impacts on fresh water.  He played a similar role in the Millennium Ecosystem Assessment.  He was also a lead author on the IPCC Fifth Assessment Report in Working Group 2 (Impacts, Adaptation and Vulnerability), responsible for assessing the impacts of climate change on terrestrial ecosystems.