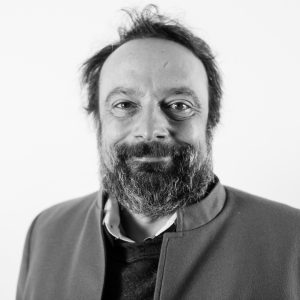 Pierre Ozer has a PhD in geographical sciences (University of Liège, 2000). He has worked for various institutions such as the Università degli Studi di Genova (Genoa, Italy), the University of Luxembourg, the United Nations Food and Agriculture Organisation (FAO, Rome) and the Luxembourg University Foundation. Fascinated by the landscapes and by the people and their culture in all its richness and diversity, its many projects have introduced him to various parts of the world, from Latin America to Asia through Africa where he currently concentrates much of his research. In 2009 he was elected full member of the Royal Academy for Overseas Sciences, Brussels. He led the Belgian scientific delegation to the United Nations international negotiations to combat desertification (UNCCD COP-9, Buenos Aires, Argentina, 2009).

He is the author of five books and over 300 scientific and ‘public’ publications in those fields.