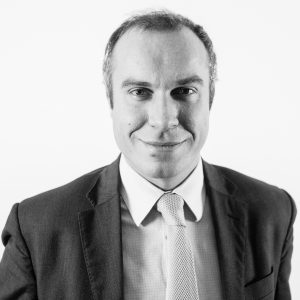 François Gemenne is a specialist of environmental geopolitics and migration governance at the University of Liège, where he is a FNRS senior research associate and the Director of the Hugo Observatory. He also heads the Observatory on Defence and Climate of the French Ministry of Defence, jointly with Bastien Alex at IRIS. He is a lead author for the IPCC and he also lectures on climate change and migration policies in different universities, including Sciences Po and Sorbonne University in Paris.

His research deals mostly with environmental and migration governance. He has worked in particular on populations displaced by environmental changes and the policies of adaptation to climate change, as well as on asylum and migration policies. He has conducted field studies in New Orleans after hurricane Katrina, Tuvalu, China, Kyrgyzstan, the Maldives, Mauritius, as well as in Japan after the Fukushima disaster.

He is currently coordinating two important European research projects: MAGYC, on migration governance and asylum crises, as well as HABITABLE, on migration induced by climate change. He also coordinated the DEVAST project, one of the first international projects to examine the social and political consequences of the Fukushima disaster. Furthermore, he has been involved in a large number of international research projects on migration and environmental changes, including EACH-FOR, HELIX, EDGE, MISTY and MECLEP, for which he was the global research coordinator.

He has also been the scientific advisor of the exhibition ‘Native Land. Stop Eject’ at the Fondation Cartier pour l’Art Contemporain, in Paris. He has consulted for several organisations, including the International Organisation of Migration (IOM), the Asian Development Bank (ADB), the World Bank, the UN High Commissioner for Refugees (UNHCR) and the British government (Foresight). In 2010, he was awarded the ISDT-Wernaers Prize for achievement in the communication of science to the general public.

He holds a joint doctorate in political science from Sciences Po Paris and the University of Liege (Belgium). He also holds a Master’s degree in Development, Environment and Societies from the University of Louvain, as well as a Master of Research in Political Science from the London School of Economics, where he also taught. In 2008, he was awarded a post-doctoral scholarship from the AXA Research Fund. He has published in leading journals, including Science and Global Environmental Change, and has authored several books, amongst which ‘The Anthropocene and the Global Environmental Crisis’ (edited with C. Hamilton and C. Bonneuil, Routledge 2015) the Atlas of Environmental Migration (with D. Ionesco et D. Mokhnacheva, Routledge 2016) or Handbook of Environmental Displacement and Migration (edited with R. McLeman, Routledge 2018).

He is also the director of the Sustainable Development series at Presses de Sciences Po, a leading French academic publisher, and the President of the Board of the NGO Climate Voices, which seeks to connect youth from the global North and the global South around climate issues.